Logan Clutch, Moose Boats and Cummins Pacific have teamed up to create the most capable fire boat package in the business. 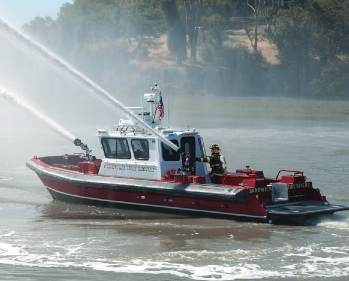 Moose Boats, a boat designer and manufacturer based in the San Francisco Bay Area, was awarded the contract to build a M2-37 catamaran fire rescue boat. The 37 ft. aluminium catamaran is powered by the newly-introduced twin Cummins 6.7 ltr. 425 hp turbo diesels and propelled by Hamilton 292 water jets. The vessel will provide West Pierce Fire and Rescue with fire-fighting, rescue, dive and shore-landing capabilities. 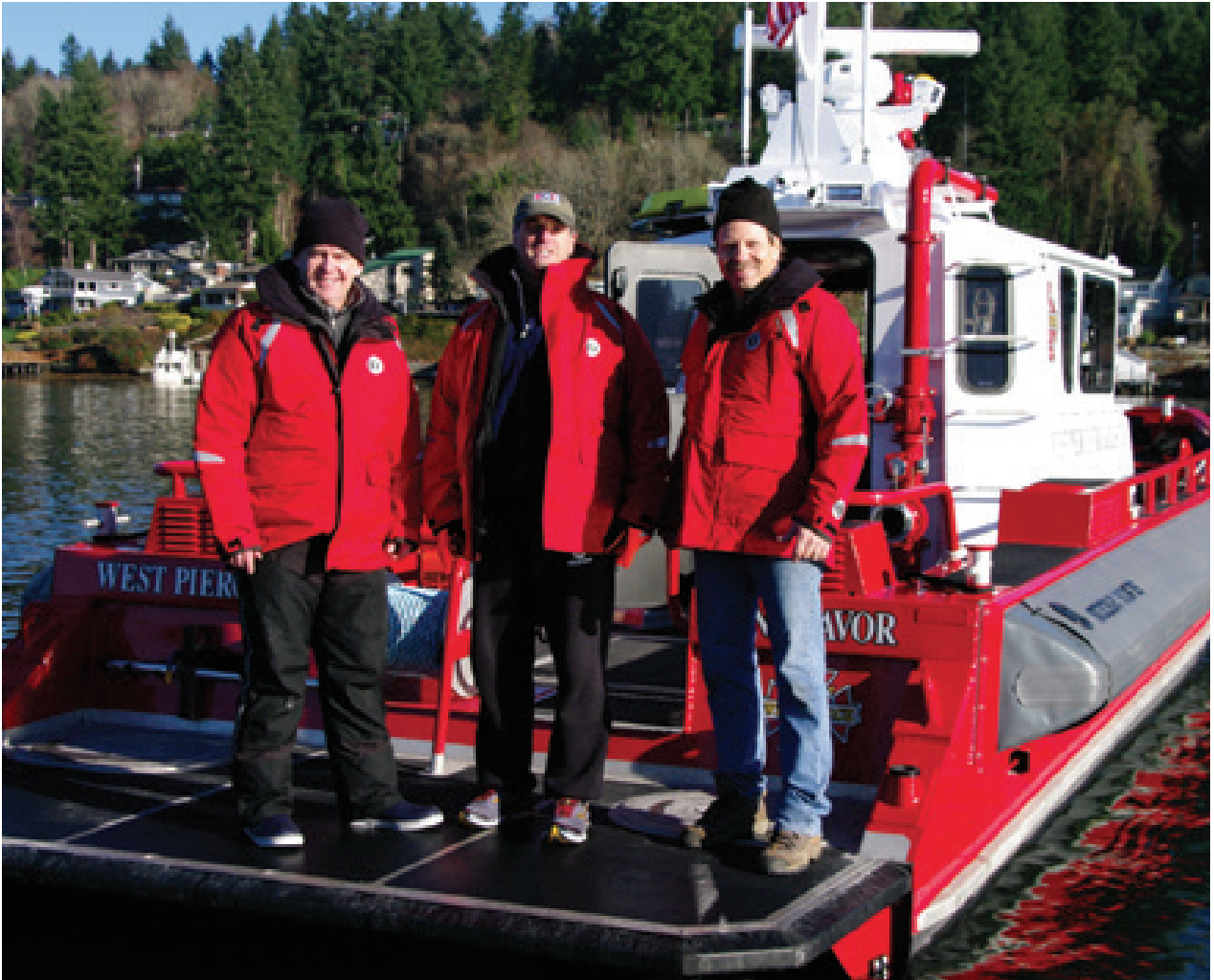 West Pierce Fire and Rescue’s M2-37 Endeavor is also equipped with 5 in diameter discharges in the cockpit and foredeck, for supplying water to land-based fire apparatus or hydrant systems.  Logan Clutch president, Andrew Logan, said: “Moose Boats and Cummins approached Logan and asked if we could come up with an engineered clutch solution for users, such as fire-fighting boats, with large auxiliary power take-off (PTO) requirements.

“Logan designed the bracket for the Cummins QSB 6.7, by collaborating with the Cummins engineers in Charleston, South Carolina. We also produced a solid model, and conducted a finite element analysis (FEA), using data supplied by Cummins.” 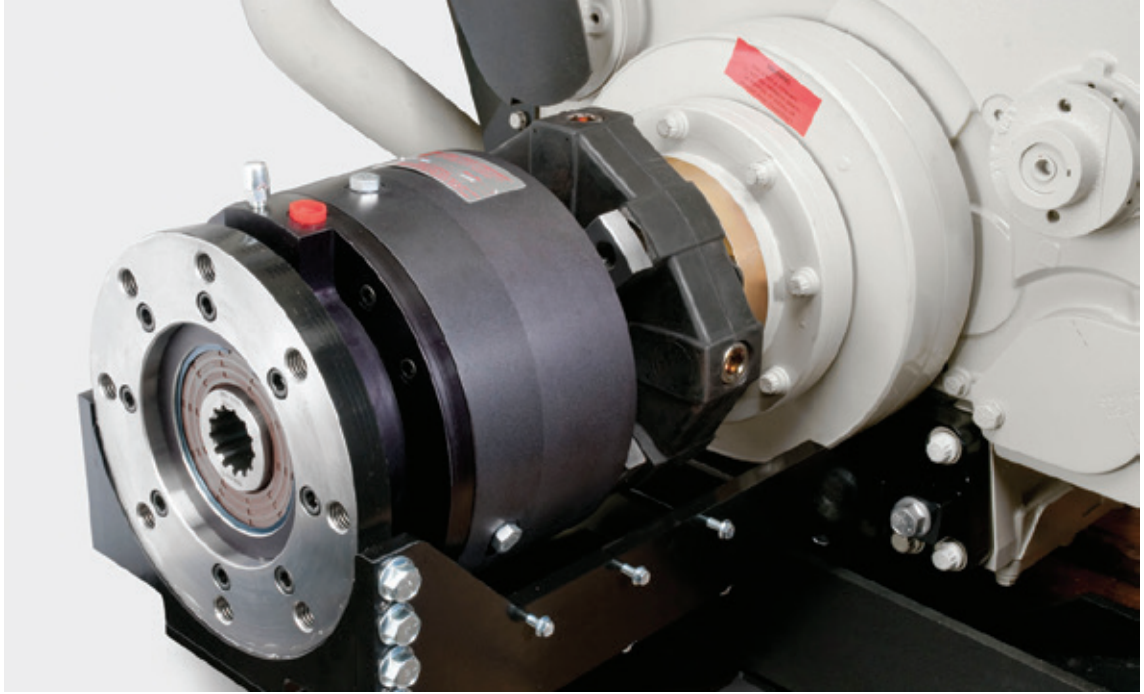 Unlike previous fireboat arrangements, the Cummins/Logan Clutch system, packaged with a jet drive, enables full authority maneuvering from both engines while pumping at full pressure and flow. At 2,100 rev/min, the Cummins QSB 6.7 engine provides 140 hp at the jet, with 150 hp available for the fire pump. With 6kW of electrical generating power from two engines, and the ability to drive freon compressors, a marine generator set might not be necessary in many small boat applications.

The Logan PTO installed is the SAE PTO 600– a low-profile, compact design suitable for workboats, fishing boats and pleasure craft. During maneuvering, the Logan PTO can be used as a separate power source for bow and stern thrusters. It can also directly connect to a pump drive – which could power winches, reels, hoists and deck pressure washers – and can be coupled to an alternator to supply electric power to other power consumers on the vessel. 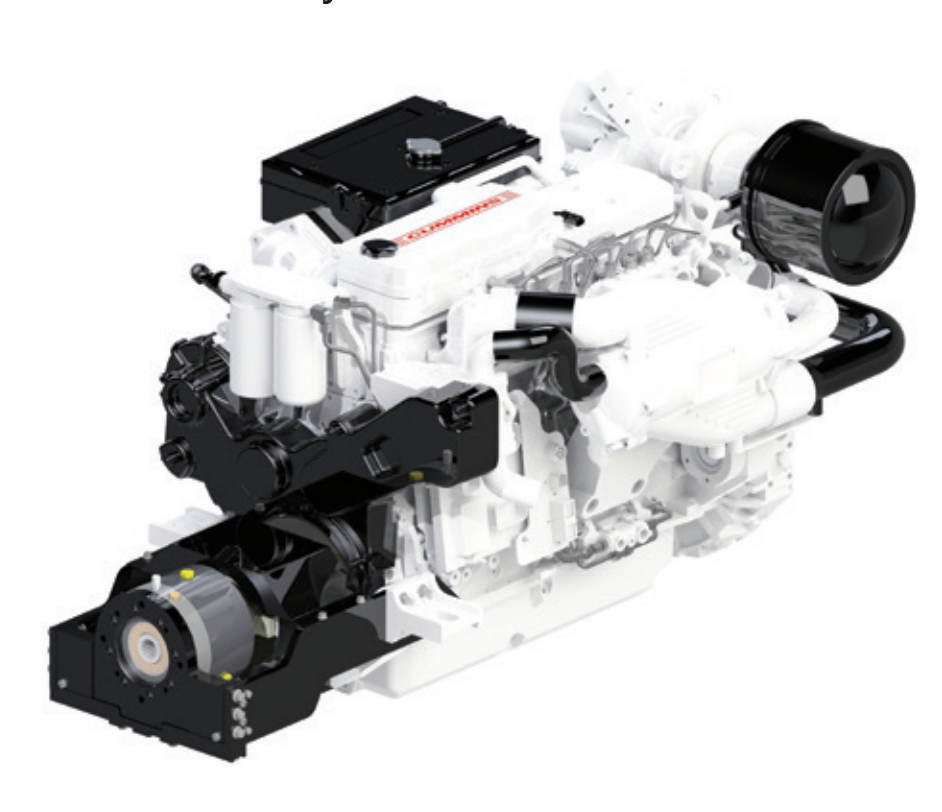