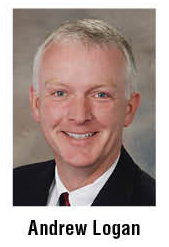 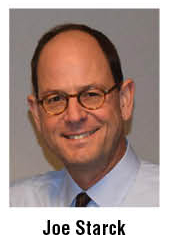 Vessels are getting larger and more capable, but they are also becoming safer and more efficient. IT&O editor John McCready interviewed Joe Starck, President of The Great Lakes Towing Company, and Andrew Logan, President and CEO of Logan Clutch Corporation, about a major program to transform the environmental impact of the towing industry.

Vessels are getting larger and more capable, but they are also becoming safer and more efficient. IT&O editor John McCready interviewed Joe Starck, President of The Great Lakes Towing Company, and Andrew Logan, President and CEO of Logan Clutch Corporation, about a major program to transform the environmental impact of the towing industry.

International regulations, particularly those related to the release of carbon dioxide and combustion pollutants into the atmosphere, are driving the towing industry, and by extension its stakeholders, toward more fuel efficient, lower emission vessels. Hull design, alternative fuels, energy saving equipment and voyage planning systems have been key areas of interest; that said, perhaps the most emphasis has been placed on the development and deployment of advanced and highly efficient propulsion systems.

Operators around the world have embraced, with varying degrees of success, diesel electric and hybrid propulsion plants, in an effort to reduce unnecessary idling and inefficient operating states. When these systems are designed and implemented correctly, they can provide significant benefits not only to the vessel owner, but to the environment as well. Real-life testing of implemented systems has shown fuel savings approaching 30 per cent, and emissions reductions commensurate with these savings. Joe Starck, President of The Great Lakes Towing Company, has been watching these industry developments with keen interest. In addition to running the largest US-flagged tugboat fleet on the Great Lakes, the company also owns Great Lakes Shipyard, which builds world-class vessels at its facilities in Cleveland, Ohio. Starck said: “We are not content to be a passive participant in the advancement of green technologies in the marine industry; we are actively working on ways to improve the operating efficiency of our fleet - that includes efforts to reduce diesel emissions.”

Great Lakes Towing is currently in the early stages of a new-build, fleet renewal program. In mid-2017, the company introduced the tug Cleveland, the first of 10 Damen Stan Tugs 1907 ICE planned to be built by Great Lakes Shipyard for the company’s harbor towing operation.

Cleveland has performed better than we expected. We’re very happy with the product, both in terms of operational effectiveness and quality construction.”
Joe Starck, President
The Great Lakes Towing Company

Cleveland was the prototype, and its placement in service represented the completion of phase one of the new build program. In February, the company kicked off phase two, which calls for four more of the new Damen-designed tugs. Powered by a pair of MTU 8V4000, Tier 3 diesel engines, each new tug will replace two of the company’s vintage harbor tugs, which are all powered with 1940s-era Cleveland Diesels. Starck said: “The plan to replace two existing tugs with each new Damen tug was driven by our need to reduce operating costs. Most of our ports have been ‘over -tugged’ for many years. The availability of backup tugs, ready for immediate use whenever a mechanical problem occurred, has long been a competitive advantage for us. But that approach, along with the maintenance costs that come with an oversized fleet, is not sustainable and no longer makes economic sense. The new tugs will be much more reliable, as well as safer and much more fuel efficient.

“Cleveland has performed better than we expected. We’re very happy with the product, both in terms of operational effectiveness and quality construction. We did learn several important lessons during the construction phase, as well as during the operation of the tug after it was placed in service.

“There were also several changes resulting from operation of the tug, primarily revisions to the layout and arrangements, to improve creature comforts or operational functionality. All of the changes have been incorporated into an updated engineering package that will be used during construction of the next four tugs.”

Starck explained why Great Lakes had had chosen Damen for its fleet renewal program.

He said: “We signed a license agreement with Damen in early 2014. Among several things, that agreement allowed us to offer vessel designs from the Damen portfolio to be built for our customers by Great Lakes Shipyard. The arrangement worked well, but was really more of a marketing relationship. “Then in 2015, we decided to build new tugs for our own fleet. We have always built tugs designed by Jensen Maritime, and considered that approach again. But, because of our relationship with Damen, it only made sense to visit their operation and see what their tugs could do for us.

“The 1907 ICE was their most popular design, tested and proven. The size, the horsepower, and the simplicity of design were exactly in line with our parameters, and the tug handled very well in port. After some deliberation, we decided to proceed with the Damen Stan Tug 1907 ICE model, and we have never looked back.”

Adding to the importance of this innovative program was the decision to outfit the new tugs with fully functional parallel hybrid systems. To assist in achieving this goal, Great Lakes is collaborating with Logan Clutch Corporation and its marine integration team, which includes integration partners Canal Marine & Industrial, and the Breakwater Group and Z-Power, (Singapore). Logan’s FlexaDrive Hybrid and FlexaGen group of products have been designed to facilitate hybrid and other advanced propulsion systems, and to exactly satisfy the operational requirements of vessels while not being oversized.

The Right Sizing of Propulsion Components

Logan’s President and CEO, Andrew Logan, said: “The ‘right -sizing’ of propulsion components is critical to the overall business case for hybrid systems. Many systems being proposed to operators are simply too large to fit on the vessel or too expensive to ever make proper business sense; our systems take ‘lessons learned’ from previous installations and we pay close attention to matching system size to actual requirement. “As we have said many times, the key to a practical hybrid system is to ensure that significant effort is spent sizing the components appropriately. The expertise to be able to accurately achieve this is largely a function of experience. “Frequently, we have requests from clients for hybrid power ratings that are based on ‘rules of thumb’, for example 40 per cent of main engine power, or operational models that are developed without sufficient real life data to support them. To remove this possibility of error, we work with our clients and vessel designers to ensure that the actual requirements are understood for every operating mode - strain gauge readings, hull curves, electrical load readings as opposed to predictions, and so on.

“Additionally, we don’t try too hard to use hybrid modes for all vessel activities; frequently, particularly at higher load levels, the most efficient mode of operation is diesel direct. Attempting to satisfy a requirement electrically simply to be ‘hybrid’ can cost overall system efficiency.”

Logan said external factors were behind the changes in the industry, adding: “Perhaps one of the most significant will be environmental and emissions regulations.

“These regulations are being implemented regardless of the relative health of the industry and further, in jurisdiction s where carbon tax regimes are being imposed, significant dollar figures will be associated with reducing environmental impact.” Starck added: “Subchapter M is driving significant change in the industry. The road is uphill, and we expect it to remain that way for the next five to 10 years. Ultimately, we expect the new regulations will improve safety and quality of services, and at the same time help to level the playing field for all operators.”

“The ‘right-sizing’ of propulsion components is critical to the overall business case for hybrid systems. Many systems being proposed to operators are simply too large to fit on the vessel or too expensive to ever make proper business sense”
Andrew Logan, President and CEO,
Logan Clutch.

The Logan system is designed to allow a significant reduction in main engine operating hours, which will therefore reduce maintenance costs. Further, where lower transits speeds and significant idling periods are part of the operational profile, the hybrid system will deliver a reduction of both fuel consumption and erruss10ns when compared to a conventional power and propulsion system.

The system is based on a parallel design, which utilizes mechanical power for high propulsion loads and diesel electric power for low power operations. The mechanical configuration consists of fitting motor/generators to each shaft line between the reduction gear and main engine. Starck said the new construction program is evidence of Great Lakes’ innovative spirit and reflects its commitment to its customers, the Great Lakes/St Lawrence Seaway marine transportation industry, and the communities it calls home.

He said: “We continuously strive to improve the quality and safety of our products and services, and how well they are delivered to our customers. As leaders in the industry, we believe we have an obligation to make sure our customers receive the best services possible.”

The company is also looking beyond its own fleet, and hopes to build more of the same modem, high-quality, low emission, efficient and cost effective tugs for other operators. Starck said: “The project is still in an early stage, having only completed the first tug. However, we expect the impact of the multi-tug, sustained building program will fundamentally change who we are as a company. I expect the experience gained will help to significantly increase our new construction aptitude, and we expect to leverage that learning curve in future campaigns and growth opportunities.

“With our production line up-and-running with the tugs planned for our own fleet, we foresee interest from other operators trying to accomplish similar fleet upgrades.

“We always welcome visitors. And, of course, we will accommodate buyers who like what they see.” 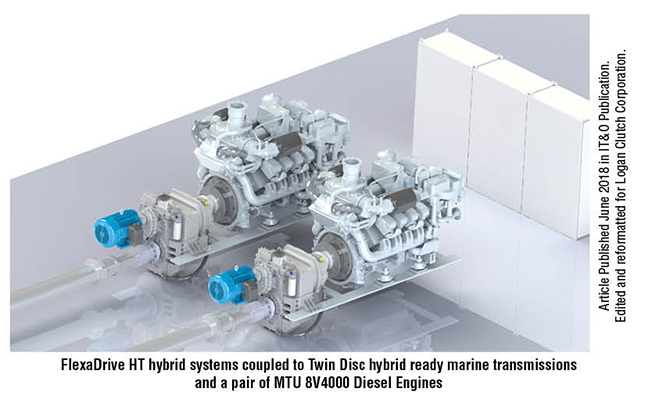