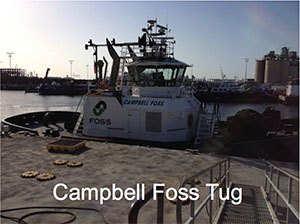 Founded in 1889, Seattle-based Foss Maritime offers a complete range of maritime services and project management to customers across the Pacific Rim, Europe, South America and around the globe. With one of the largest fleets of tugs and barges on the American West Coast, Foss operates two shipyards and offers worldwide marine transportation, emphasizing safety, environmental responsibility and high-quality service.

Logan Clutch is proud to have been involved with the conversion of the Dolphin Class tug Campbell Foss into the World's second Hybrid Tug.  The Campbell Foss was built in 2005 in Rainer WA in the Foss Yard and was originally a conventional tug powered with two 2540hp Caterpillar 3512C engines coupled to Rolls-Royce US205 fixed pitch azimuth thrusters.

The conversion involved adding a new Logan LCT Bell Housing clutch on to the 21" flywheel output of the 3512's with an integrated Centa torsional coupling. The flange output of the clutch was connected by a shaft to the motor generators provided by Aspin Kemp Associates (AKA). 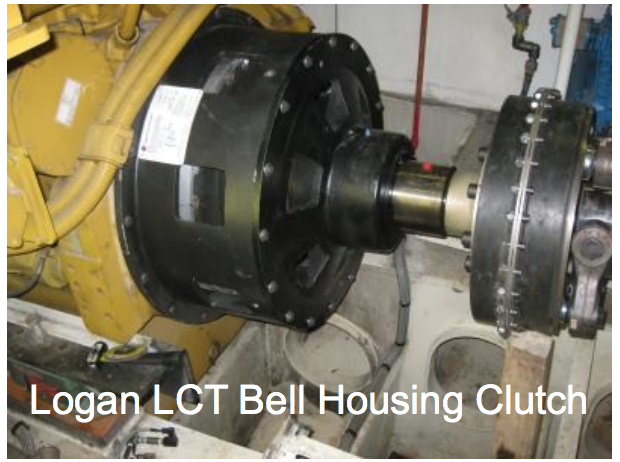 Through the clutch control system, also provided by Logan, the boat’s skipper can seamlessly shift from Hybrid mode running at up to 7 knots on full electric to diesel mode with more than 65 tons of bollard pull and back again. The conversion happens in less than 20 seconds in most circumstances, allowing the boat operator the maximum amount of flexibility possible for safety and convenience. All with just the push of a throttle!

Logan Clutches were a key piece of the hybrid puzzle. Logan Engineering was integral in every step of the process to insure that the product supplied, fit into the space allowed into the existing engine driveline and the Logan clutch functioned as specified.
The boats operator, Foss Maritime in Long Beach expects to save approximately 25% of the fuel previously used and reduce harmful emissions by more than 25%. 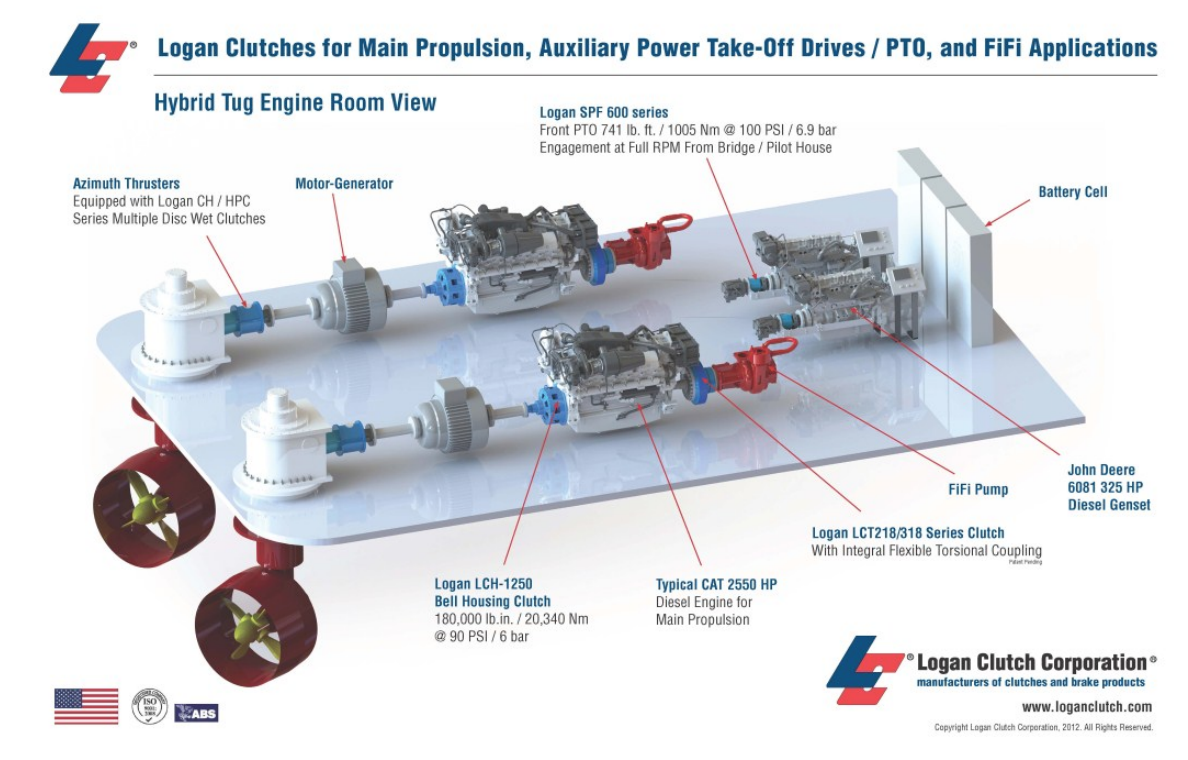