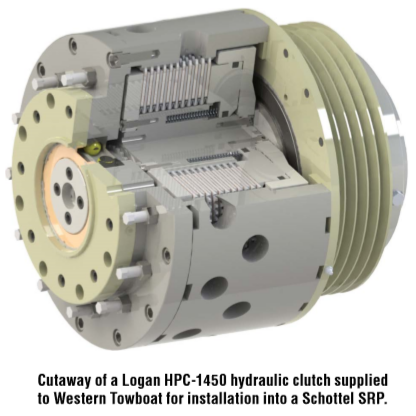 Western Towboat Company Inc. is a family-owned business operating 19 tugs from its base in Seattle, Washington. The tugs regularly tow rail, container, general cargo and bulk aggregate barges to Alaskan ports. Western has also undertaken tows to the Hawaiian islands, Panama Canal, the US Gulf and east coasts, and South America.

The company prides itself on providing customers with one of the most modern tug fleets on the west coast. Each tug features a design that originated at Western Towboat and was built by Western’s own craftsmen.

Ed McEvoy, fleet port engineer, contacted Logan Clutch when he was informed that an azimuth thruster clutch assembly he had already installed in two other boats was no longer available for a new boat under construction.
“I had worked successfully with Logan in the past on a winch clutch replacement project and so I decided to contact Logan for this project too,” he explained. 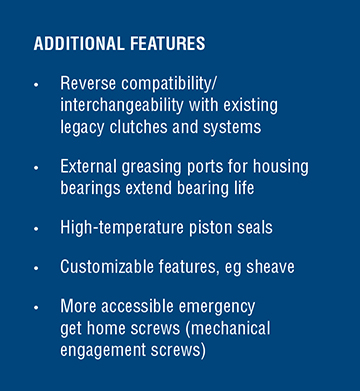 Logan engineers went to work with the goal of designing an assembly that improved the performance of the existing clutch, yet could be used as a replacement for any existing assembly already in the field. After an initial design review, and using input from McEvoy at Western, a design was completed that not only improved the performance, but also added several features to improve the field serviceability of the total assembly and, potentially, its operating life in the field.

The new assembly, a Logan NSC-1450-001, is a multiple disc dry clutch assembly that will be married to a Schottel SRP 1515 / SRP 460 azimuthing Z-drive with four-blade, 104-in diameter stainless-steel propeller driven by a 2,682hp Caterpillar C-175 engine in Western’s new tug Bering Titan.